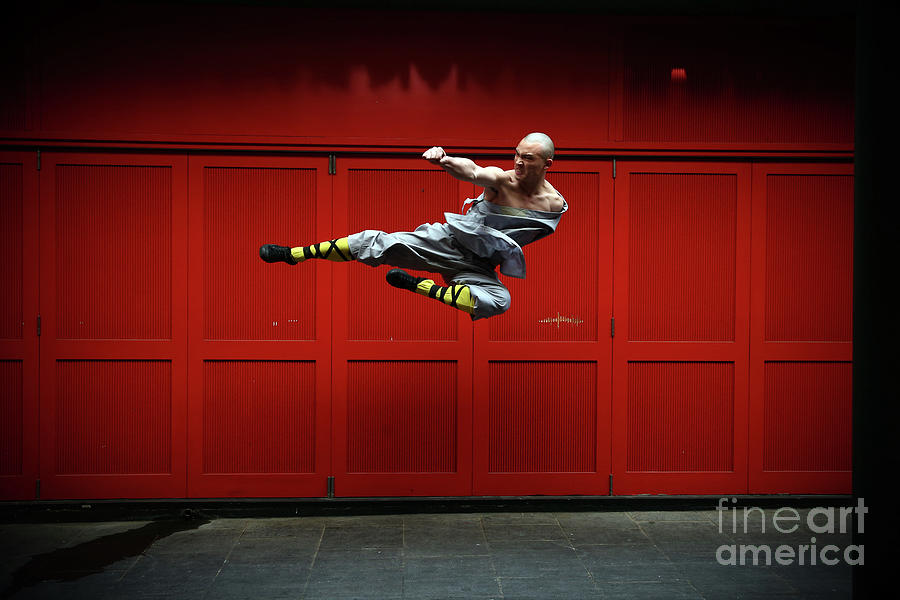 LONDON, ENGLAND - FEBRUARY 23: A Shaolin monk poses for a photograph in Chinatown on February 23, 2015 in London, England. The monks practice Shaolin Kung Fu which is believed to be the oldest institutionalised style of kung fu and are demonstrating their skills while in the UK. (Photo by Carl Court/Getty Images)