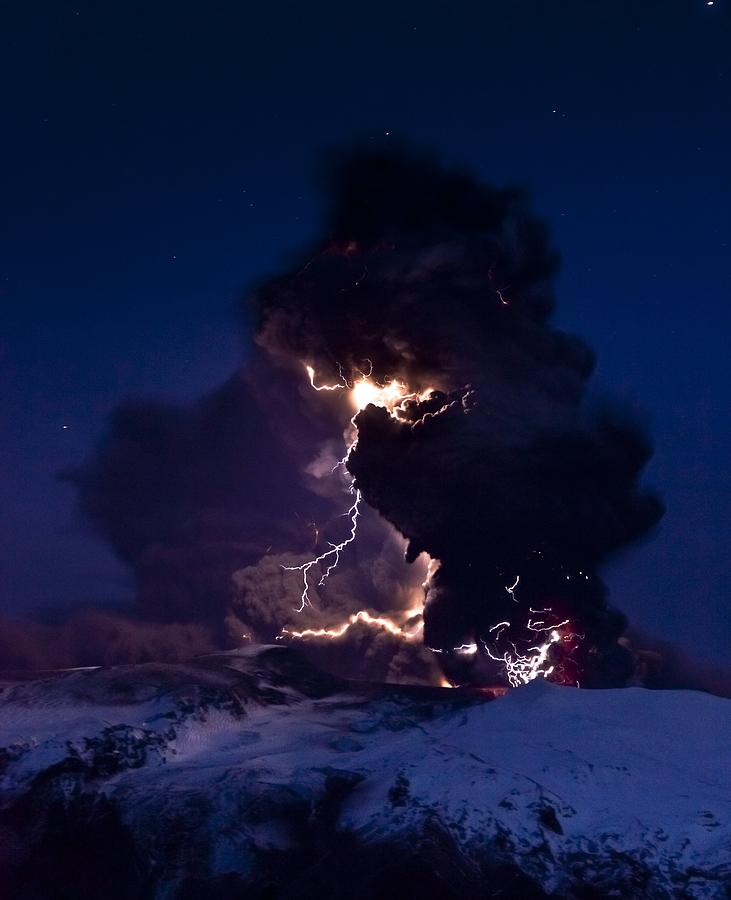 EYJAFJALLAJOKULL, ICELAND - APRIL 18: Lightning is seen within a cloud of volcanic matter as it rises from the erupting Eyjafjallajokull volcano April 18, 2010 Eyjafjallajokull, Iceland. A major eruption occurred on April 14, 2010 which has resulted in a plume of volcanic ash being thrown into the atmosphere over parts of Northern Europe. Air traffic has been subject to cancellation or delays, as airspace across parts of Northern Europe has been closed. (Photo by David Jon/NordicPhotos/Getty Images)