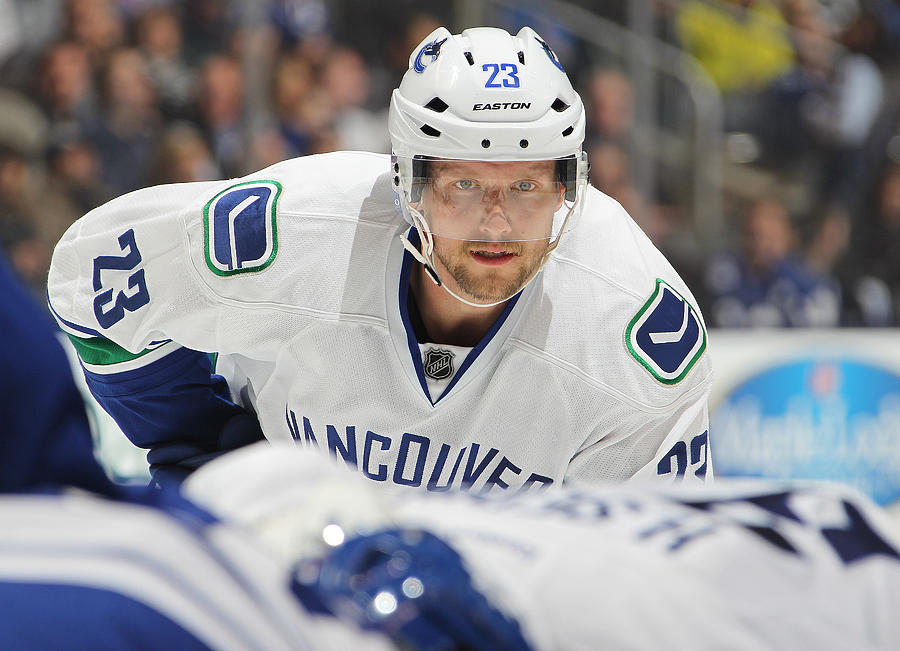 TORONTO, ON - NOVEMBER 14: Alex Edler #23 of the Vancouver Canucks waits for a faceoff against the Toronto Maple Leafs during an NHL game at the Air Canada Centre on November 14, 2015 in Toronto, Ontario, Canada. The Leafs defeated the Canucks 4-2. (Photo by Claus Andersen/Getty Images)