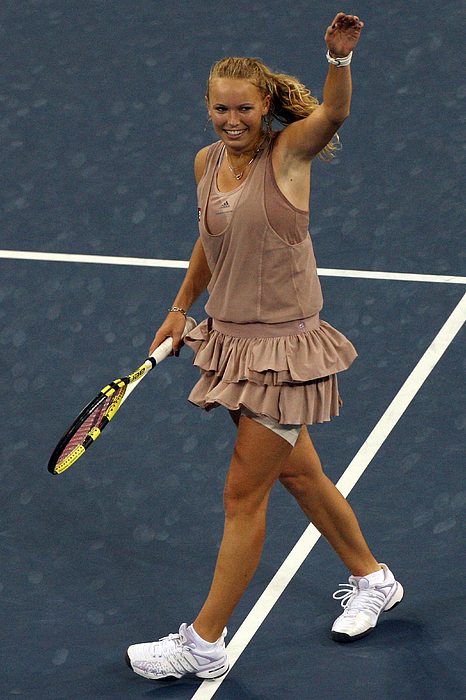 NEW YORK - SEPTEMBER 09: Caroline Wozniacki of Denmark waves to the crowd after defeating Melanie Oudin of the United States during day ten of the 2009 U.S. Open at the USTA Billie Jean King National Tennis Center on September 9, 2009 in the Flushing neighborhood of the Queens borough of New York City. (Photo by Jim McIsaac/Getty Images)