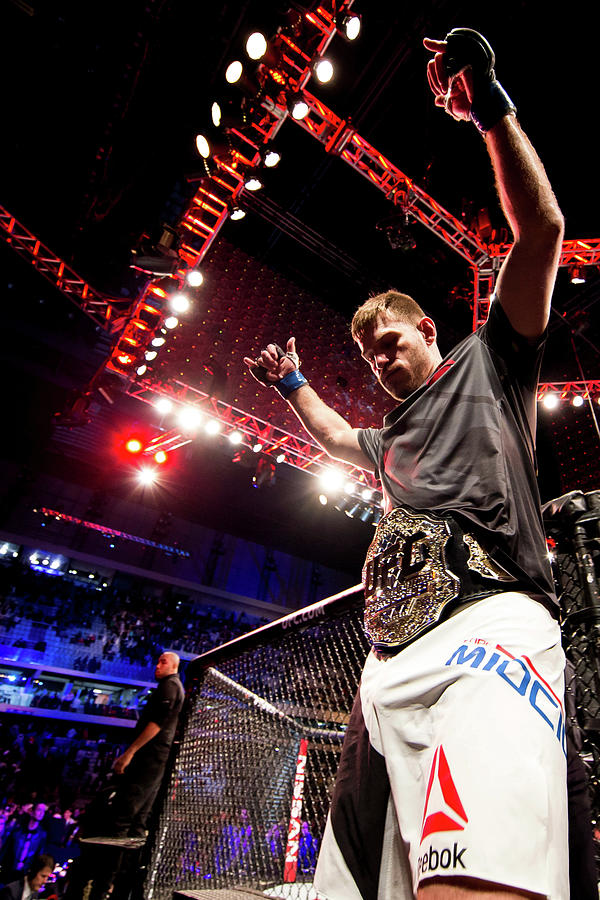 CURITIBA, BRAZIL - MAY 14: Stipe Miocic of the United States celebrates after defeating Fabricio Werdum of Brazil in their heavyweight bout during the UFC 198 at Arena da Baixada stadium on May 14, 2016 in Curitiba, Brazil. (Photo by Buda Mendes/Zuffa LLC/Zuffa LLC via Getty Images)