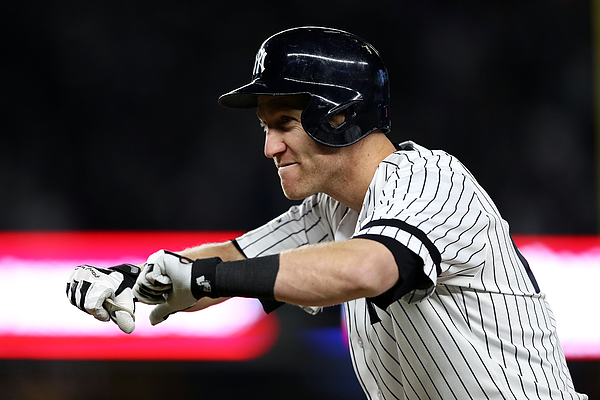 NEW YORK, NEW YORK - OCTOBER 17: Todd Frazier #29 of the New York Yankees reacts after a single in the eighth inning against the Houston Astros during Game Four of the American League Championship Series at Yankee Stadium on October 17, 2017 in the Bronx borough of New York City. (Photo by Elsa/Getty Images)