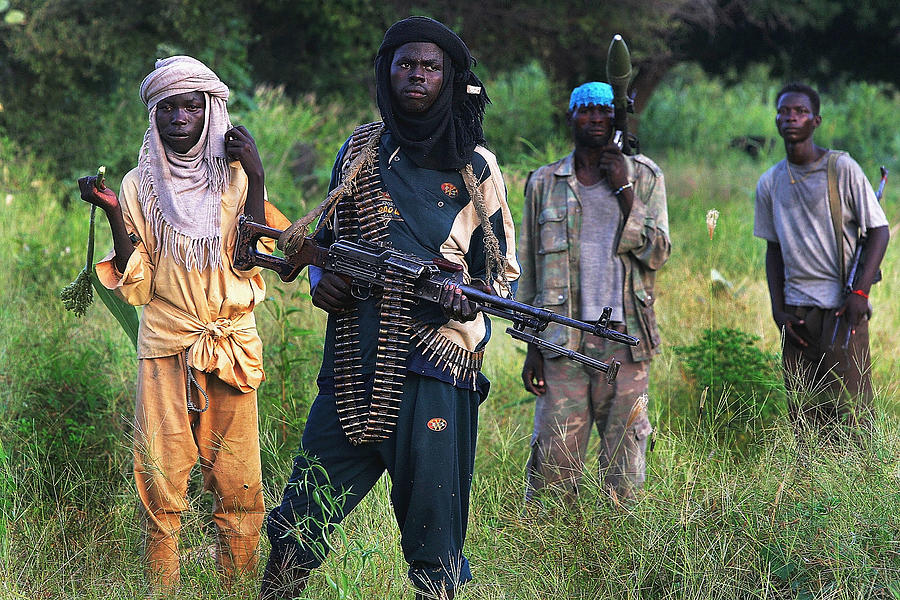 ULANG, SUDAN- SEPTEMBER 7: Rebel Sudanese Justice and Equality Movement (JEM) fighters investigate an abandoned village looted and burned by government supported Janjaweed militiamen near their base in the Darfur region of Sudan, September 7, 2004. in Ulang, Sudan. . Both rebel groups, the JEM, and the Sudanese Liberation Movement (SLM) continue to abide by a current ceasefire and are participating in talks with the Sudanese government in neighboring Nigeria, but are growing increasingly frustrated by the government's failure to reign in the janjaweed militia and warn of impending military action if the violence in the region does not end soon.(Photo by Scott Nelson/Getty Images)