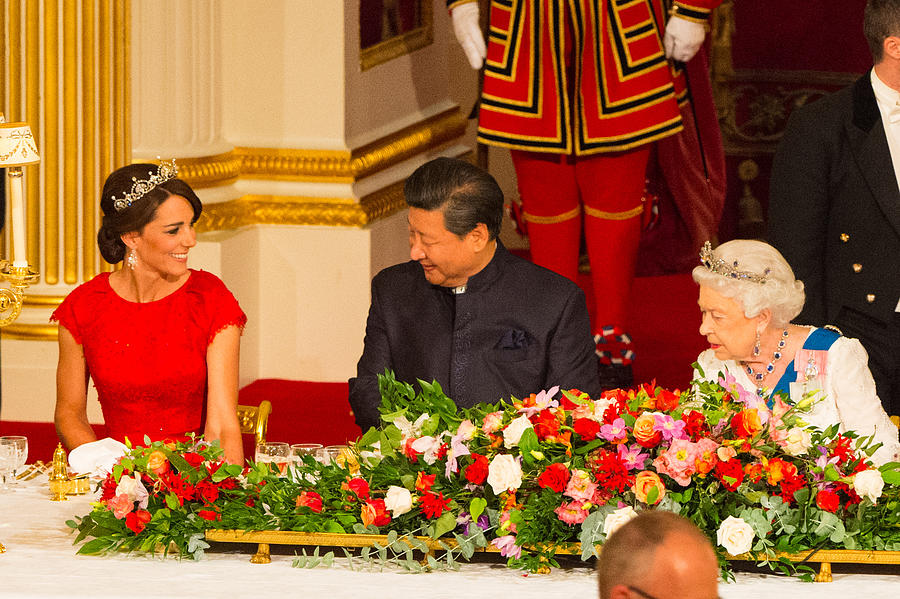 LONDON, ENGLAND - OCTOBER 20: Catherine, Duchess of Cambridge, President of China Xi Jinping (C) and Britain's Queen Elizabeth II attend a state banquet at Buckingham Palace on October 20, 2015 in London, England. The President of the People's Republic of China, Mr Xi Jinping and his wife, Madame Peng Liyuan, are paying a State Visit to the United Kingdom as guests of the Queen. They will stay at Buckingham Palace and undertake engagements in London and Manchester. The last state visit paid by a Chinese President to the UK was Hu Jintao in 2005. (Photo by Dominic Lipinski - WPA Pool /Getty Images)