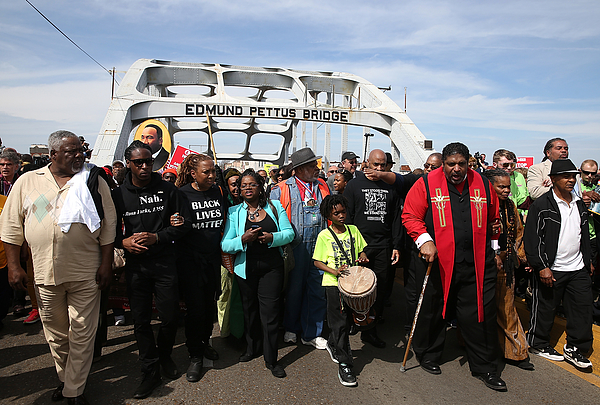 SELMA, AL - MARCH 08: People walk across the Edmund Pettus Bridge during the 50th anniversary commemoration of the Selma to Montgomery civil rights march on March 8, 2015 in Selma, Alabama. Tens of thousands of people gathered in Selma to commemorate the 50th anniversary of the famed civil rights march from Selma to Montgomery that resulted in a violent confrontation with Selma police and State Troopers on the Edmund Pettus Bridge on March 7, 1965. (Photo by Justin Sullivan/Getty Images)