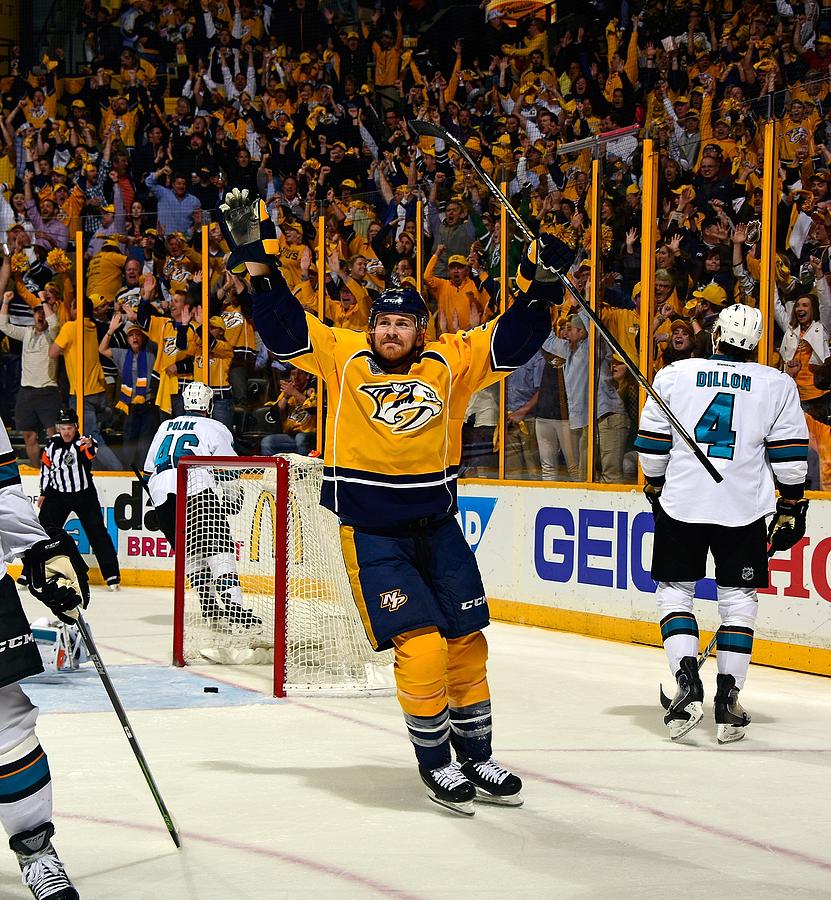 NASHVILLE, TN - MAY 09: Colin Wilson #33 of the Nashville Predators holds his hands up in celebration after scoring the game tying goal during the third period of Game Six of the Western Conference Second Round against the San Jose Sharks during the 2016 NHL Stanley Cup Playoffs at Bridgestone Arena on May 9, 2016 in Nashville, Tennessee. (Photo by Frederick Breedon/Getty Images)