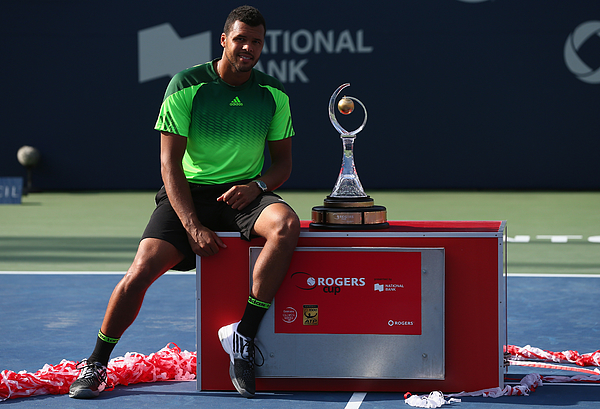 TORONTO, ON - AUGUST 10: Jo-Wilfried Tsonga of France poses with the Rogers Cup trophy after his win against Roger Federer of Switzerland during Rogers Cup at Rexall Centre at York University on August 10, 2014 in Toronto, Canada. (Photo by Ronald Martinez/Getty Images)