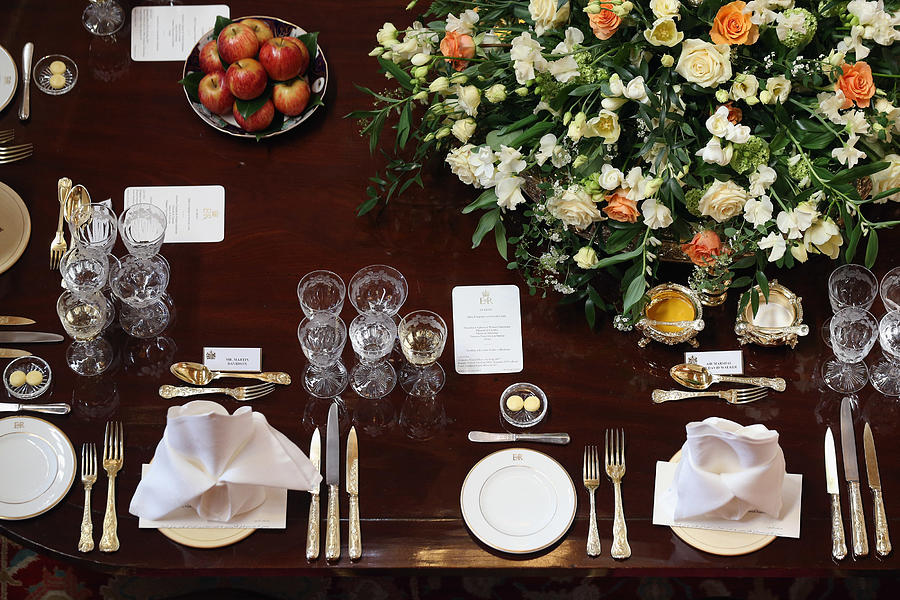 WINDSOR, ENGLAND - APRIL 30: The place settings for a State Luncheon for The President of the United Arab Emirates, His Highness Sheikh Khalifa bin Zayed Al Nahyan, in the Waterloo Chamber of Windsor Castle on April 30, 2013 in Windsor, England. The President of the United Arab Emirates is paying a two-day State Visit to the United Kingdom, staying in Windsor Castle as the guest of Her Majesty The Queen from April 30, 2013 to May 1, 2013. Sheikh Khalifa will meet the British Prime Minister David Cameron tomorrow at his Downing Street residence. (Photo by Oli Scarff/Getty Images)

There are no comments for Queen Elizabeth II Hosts A Lunch For The State Visit Of The President Of The United Arab Emirates.   Click here to post the first comment.