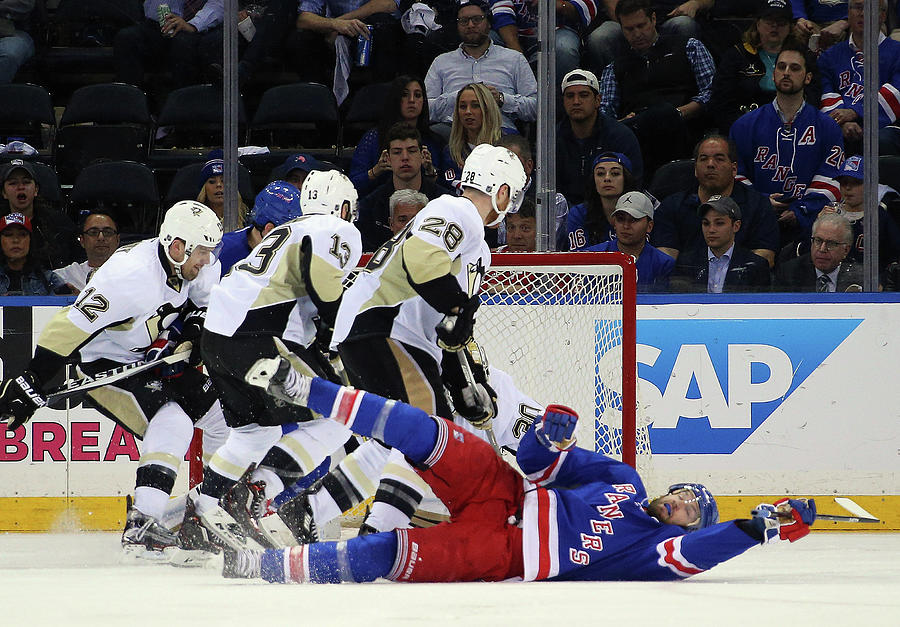 NEW YORK, NY - APRIL 21: Rick Nash #61 of the New York Rangers is checked to the ice by Ian Cole #28 of the Pittsburgh Penguins during the third period in Game Four of the Eastern Conference First Round during the 2016 NHL Stanley Cup Playoffs at Madison Square Garden on April 21, 2016 in New York City. The Penguins defeated the Rangers 5-0. (Photo by Bruce Bennett/Getty Images)