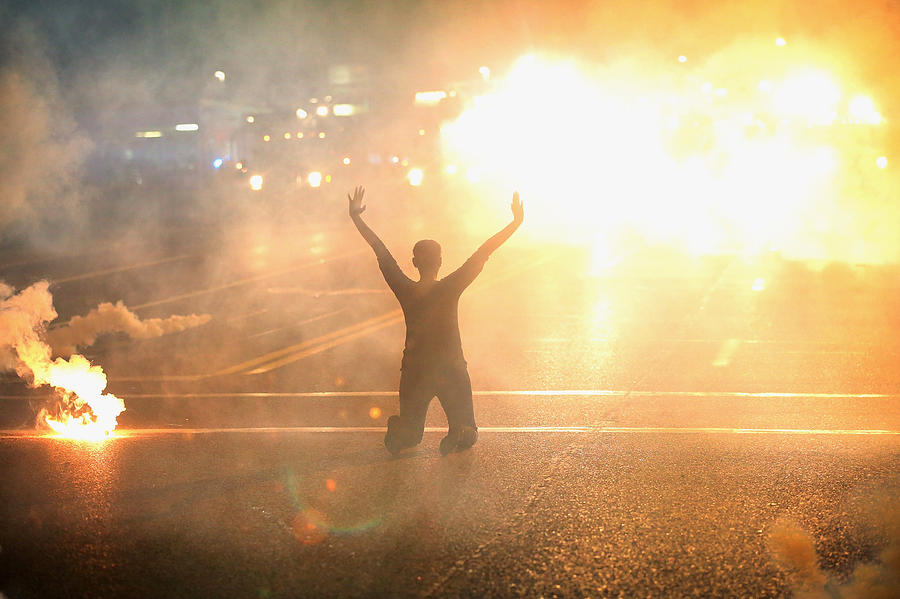 FERGUSON, MO - AUGUST 17: Tear gas reigns down on a woman kneeling in the street with her hands in the air after a demonstration over the killing of teenager Michael Brown by a Ferguson police officer on August 17, 2014 in Ferguson, Missouri. Despite the Brown family's continued call for peaceful demonstrations, violent protests have erupted nearly every night in Ferguson since his August 9, death. (Photo by Scott Olson/Getty Images)