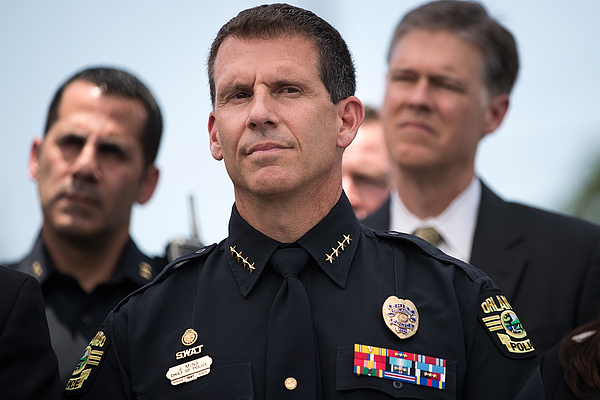 ORLANDO, FL - JUNE 15: City of Orlando Police Chief John Mina listens during a press conference updating the media on the investigation into the shooting at Pulse Nightclub, June 15, 2016 in Orlando, Florida. The shooting at Pulse Nightclub, which killed 49 people and injured 53, is the worst mass-shooting event in American history. (Photo by Drew Angerer/Getty Images)