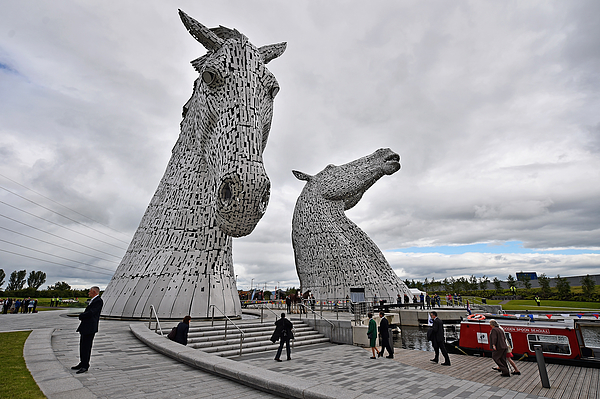 FALKIRK, SCOTLAND - JULY 08: The Kelpies sculptures are officially opened by Princess Anne, Princess Royal and a flotilla of boats on July 8, 2015 in Falkirk,Scotland. Sculptor Andy Scott also attended the opening, along with Duke, a Clydesdale horse which was one of the models for the 30m works, which have more than one million visitors since they were completed in April 2014. (Photo by Jeff J Mitchell/Getty Images)