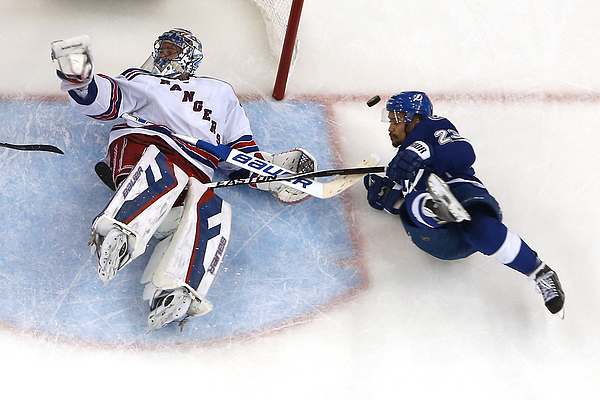 TAMPA, FL - MAY 26: Henrik Lundqvist #30 of the New York Rangers lays on the ground after J.T. Brown #23 of the Tampa Bay Lightning tripped over him during the second period in Game Six of the Eastern Conference Finals during the 2015 NHL Stanley Cup Playoffs at Amalie Arena on May 26, 2015 in Tampa, Florida. (Photo by Mike Carlson/Getty Images)