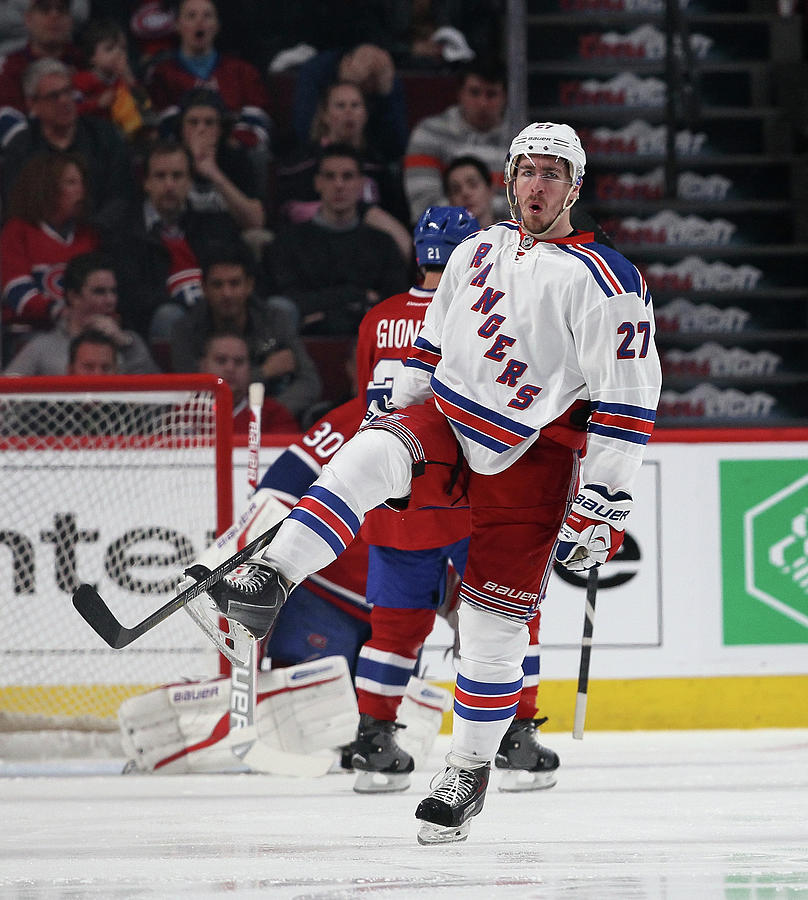 MONTREAL, QC - MAY 17: Ryan McDonagh #27 of the New York Rangers celebrates with teammates after scoring a third period power play goal against the Montreal Canadiens in Game One of the Eastern Conference Finals of the 2014 NHL Stanley Cup Playoffs at the Bell Centre on May 17, 2014 in Montreal, Canada. The Rangers defeated the Canadiens 7-2. (Photo by Bruce Bennett/Getty Images)