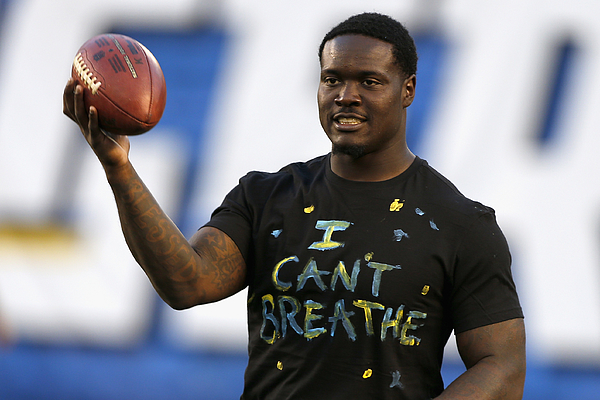 SAN DIEGO, CA - DECEMBER 07: Outside linebacker Melvin Ingram #54 of the San Diego Chargers, wearing a shirt that refers to words uttered by Eric Garner before he died while being arrested by police in New York City, warms up before a game against the New England Patriots at Qualcomm Stadium on December 7, 2014 in San Diego, California. (Photo by Todd Warshaw/Getty Images)