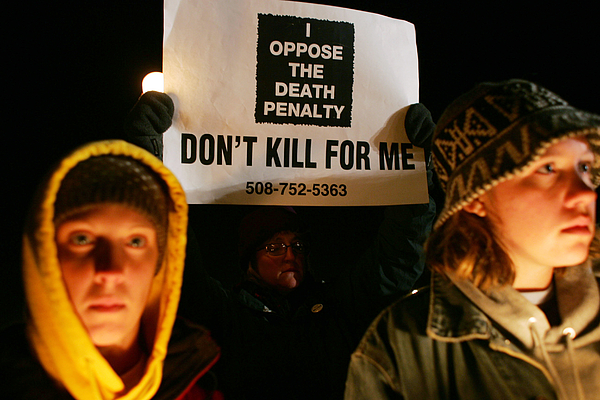 ENFIELD CONNECTICUT - MAY 13: Anti-death penalty protesters keep vigil outside of the Osborn Correctional Institution after the execution of convicted murderer Michael Ross May 13, 2005 in Enfield, Connecticut. After fighting off attempts by public defenders, death penalty foes and his own family to save his life, Michael Ross, 45, is scheduled to be put to death at 2:01 a.m. Friday morning. Ross was sent to death row for the murders of four young women and girls in Connecticut in the 1980s. The last execution in New England was in 1960. (Photo by Spencer Platt/Getty Images)