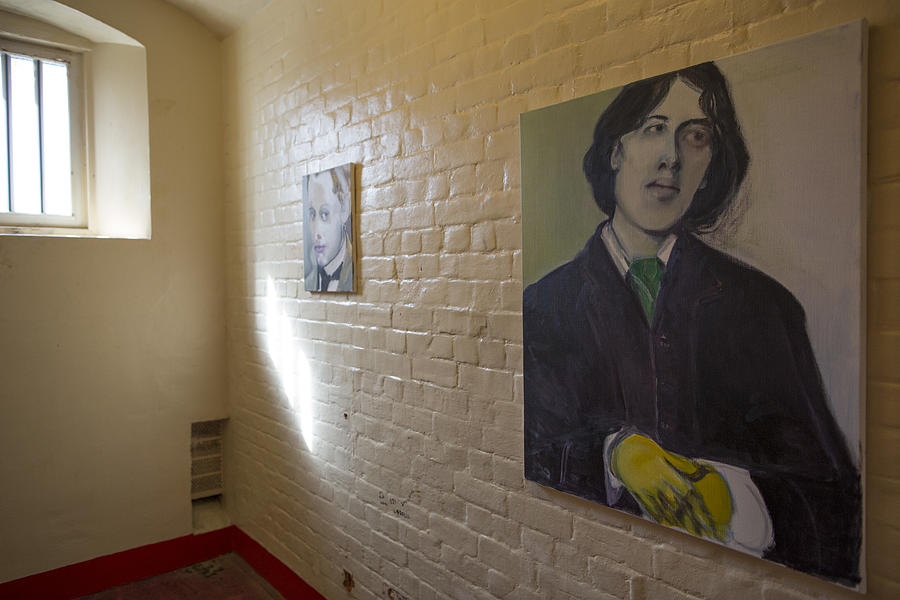 READING, ENGLAND - SEPTEMBER 01: A picture of Oscar Wilde hangs inside a cell inside the former Reading prison building on September 1, 2016 in Reading, England. The former Reading Prison has opened to the public for the first time, inviting artists and writers in to take part in a new project by Artangel, with works by leading artists including Marlene Dumas, Robert Gober, Nan Goldin, Steve McQueen, and Ai Weiwei. The exhibition opens to the public from September 4, 2016. Included in the exhibit is former inmate Oscar Wildes original wooden cell door, which is on display in the prison chapel. (Photo by Dan Kitwood/Getty Images)