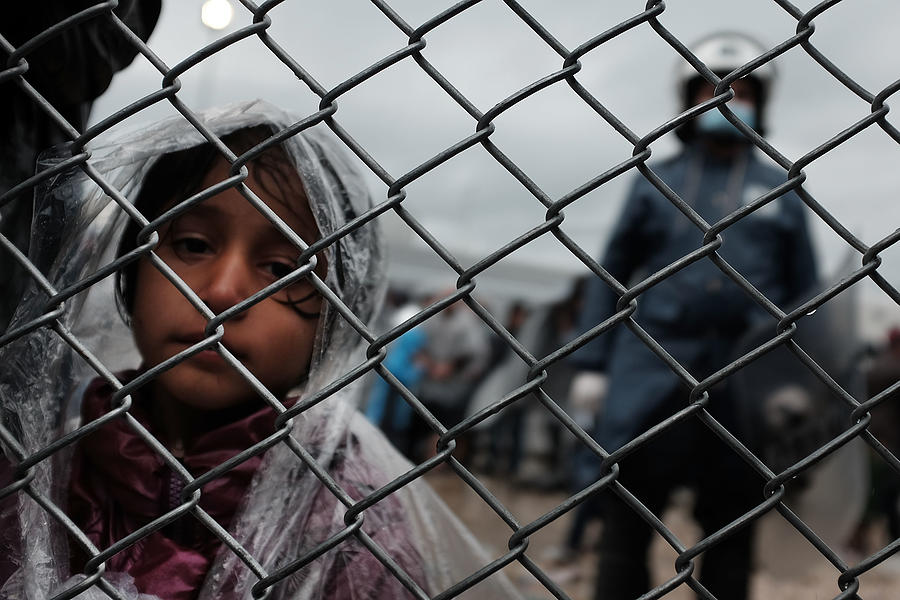 MITILINI, GREECE - OCTOBER 23: A child waits with her father at the migrant processing center at the increasingly overwhelmed Moria camp on the island of Lesbos on October 23, 2015 in Mytilene, Greece. Dozens of rafts and boats are still making the journey daily as thousands flee conflict in Iraq, Syria, Afghanistan and other countries. More than 500,000 migrants have entered Europe so far this year. Of that number four-fifths of have paid to be smuggled by sea to Greece from Turkey, the main transit route into the EU. Nearly all of those entering Greece on a boat from Turkey are from the war zones of Syria, Iraq and Afghanistan. (Photo by Spencer Platt/Getty Images)