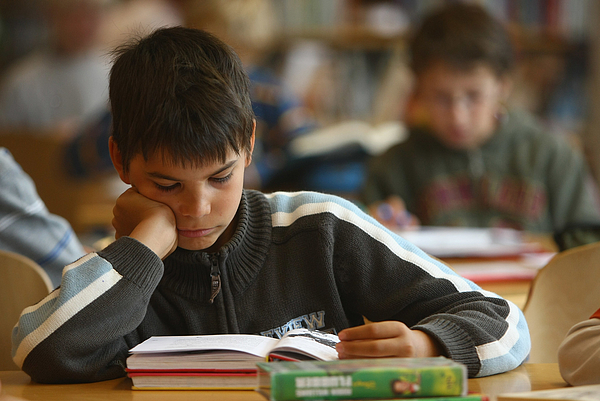 BERLIN - SEPTEMBER 18: Fourth-grade students read books in the elementary school at the John F. Kennedy Schule dual-language public school on September 18, 2008 in Berlin, Germany. The German government will host a summit on education in Germany scheduled for mid-October in Dresden. Germany has consistantly fallen behind in recent years in comparison to other European countries in the Pisa education surveys, and Education Minister Annette Schavan is pushing for an 8 percent increase in the national educaiton budget for 2009. (Photo by Sean Gallup/Getty Images)