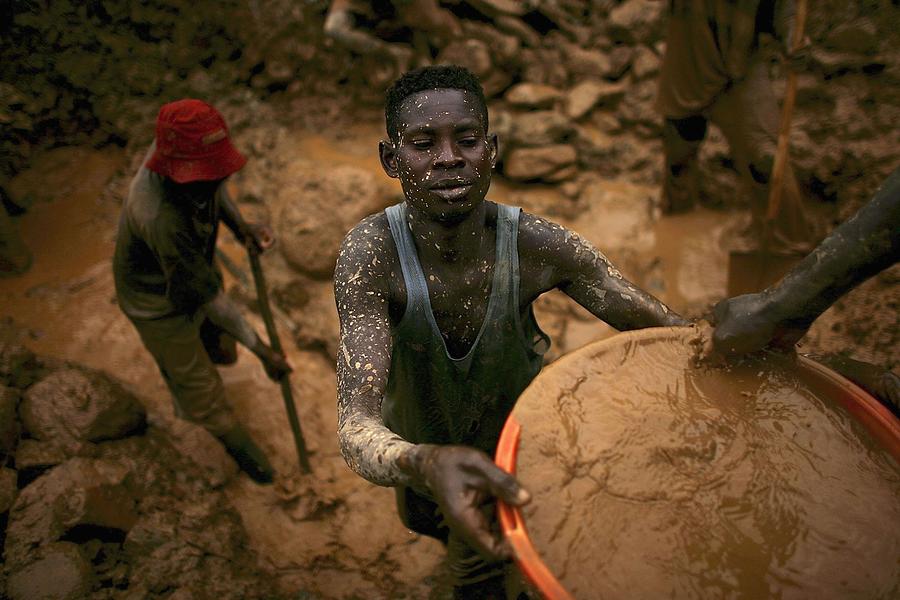 MONGBWALU, CONGO - MARCH 28: Men sift through buckets of dirt while looking for gold at an abandoned industrial mine March 28, 2006 in Mongbwalu, Congo. Thousands of Congolese scrape together meagre livings from mining. Gold and other mineral deposits, which are numerous in the volatile north-east of the country, have become a catalyst to much of the conflict in Congo. The Democratic Republic of Congo (DRC), a country that loses an estimated 1,400 people per day due to war since 1998, is struggling to hold Presidential elections this summer. The volatile East of the country, which is situated hundreds of miles from the capital Kinshasa, has been the focal point of continued violence. Numerous militias and warlords have vied for control of the mineral rich eastern Congo for decades, creating instability and continued bloodshed. (Photo by Spencer Platt/Getty Images)