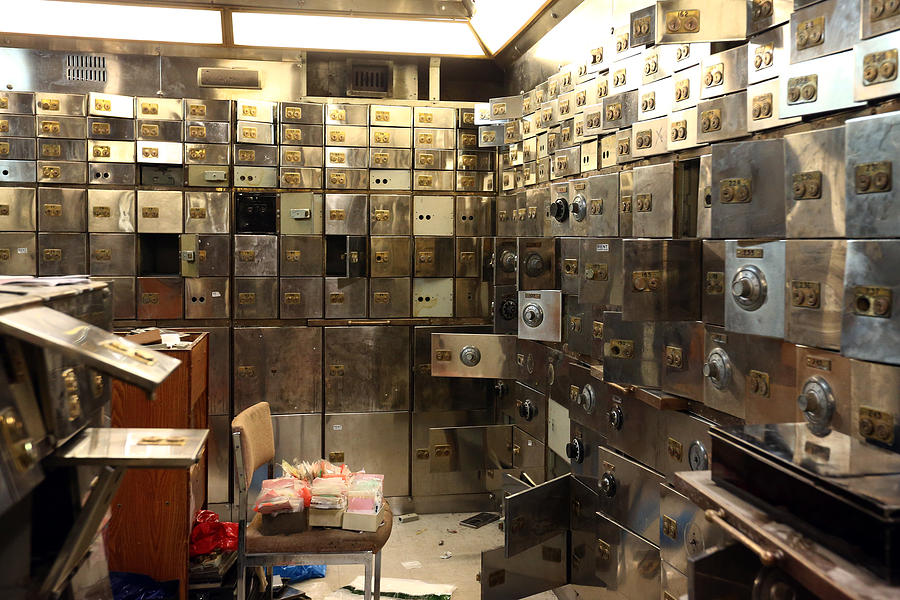 LONDON, ENGLAND - JANUARY 15: Smashed safe deposit boxes are pictured in the underground vault of the Hatton Garden Safe Deposit Company which was raided in what has been called the largest burglary in English legal history, on January 15, 2016 in London, England. Around 200 million GBP was stolen during the burglary which took place in April 2015. Four elderly men who were experienced thieves have since pled guilty to the crime while four other men are being tried on suspicion of involvement, one man, nicknamed 'Basil', is still at large. (Photo by Carl Court/Hatton Garden Properties Ltd/Getty Images)