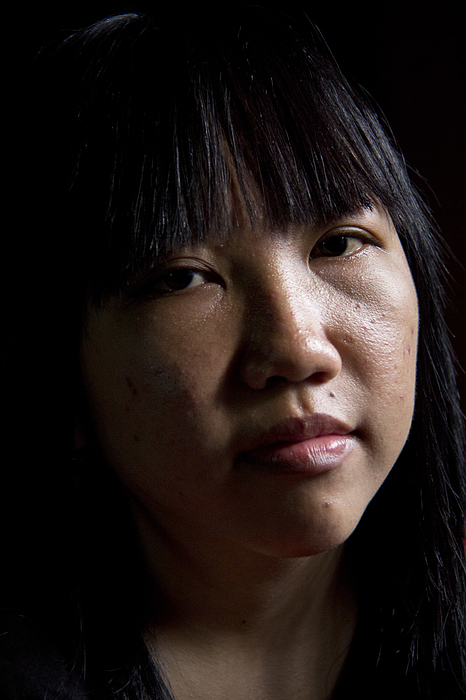 NGAWI, INDONESIA - MAY 27: Erwiana Sulistyaningsih poses for a portrait on May 27, 2014 in Ngawi, Indonesia. Erwiana has been voted one of 100 most influential people awarded by TIME magazine. She was abused by her employer in Hong Kong. Since returning to Indonesia, her story has spread globally and helped to raise awareness about the treatment of Asian migrant workers. Migrant workers in Hong Kong hold regular demonstrations to fight violence against workers. Currently Erwiana is fighting her former employer in a high profile court case. (Photo by Michael Eko Hardianto/Getty Images)