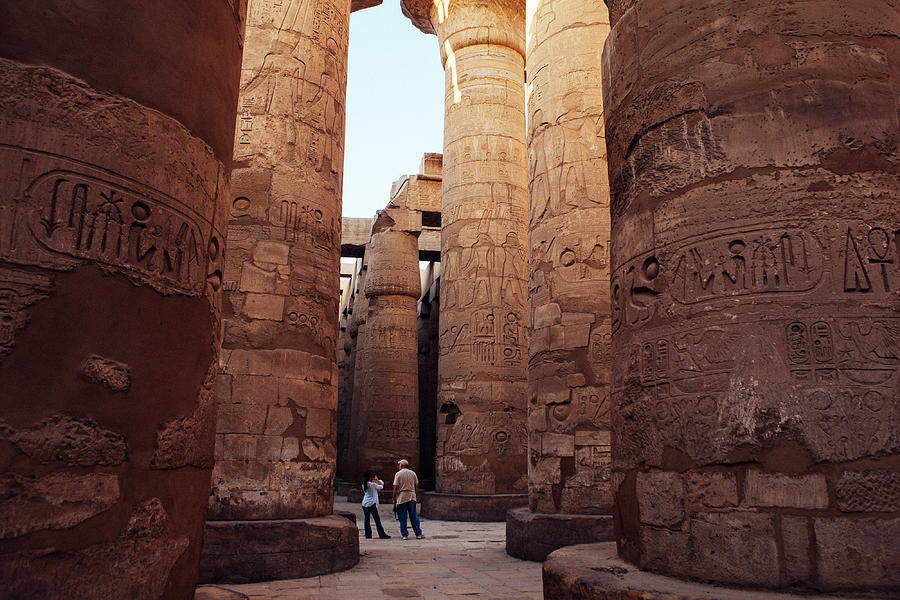 LUXOR, EGYPT - OCTOBER 22: A couple of tourists walk through the Karnak Temple on October 22, 2013 in Luxor, Egypt. Karnak is the largest ancient religious site in the world, dedicated to the gods of Thebes, the city that lay on the site of modern Luxor during the New Kingdom that dated 1550 - 1150 BC. The central temple of Karnak, the Temple of Amun, is the largest religious building ever built. Luxor, one of Egypt's major tourist hot-spots, has struggled to attract visitors since a popular uprising overthrew former Egyptian President Hosni Mubarak in early 2011. The dip in tourist numbers is contributing directly to a rise in unemployment in the southern Egyptian city. The tourist industry has further dwindled since Egypt's first democratically elected President Mohammed Morsi was overthrown by the Egyptian Military in July, 2013. Major hotels in Luxor are reporting occupancy rates as low as 8% in recent months and many airlines have halted direct flights from cities in Europe to Luxor, further discouraging tourism to the Egyptian city famous for its archaeological sites. (Photo by Ed Giles/Getty Images)