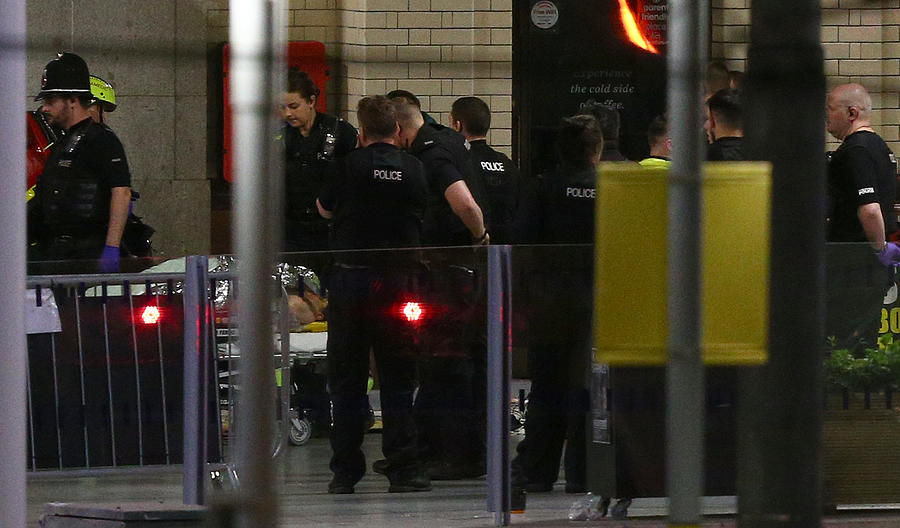 MANCHESTER, ENGLAND - MAY 23: A person is wheeled away on a stretcher at Victoria Railway Station close to the Manchester Arena on May 23, 2017 in Manchester, England. An explosion occurred at Manchester Arena as concert goers were leaving the venue after Ariana Grande had performed. Greater Manchester Police have confirmed 19 fatalities and at least 50 injured. (Photo by Dave Thompson/Getty Images)