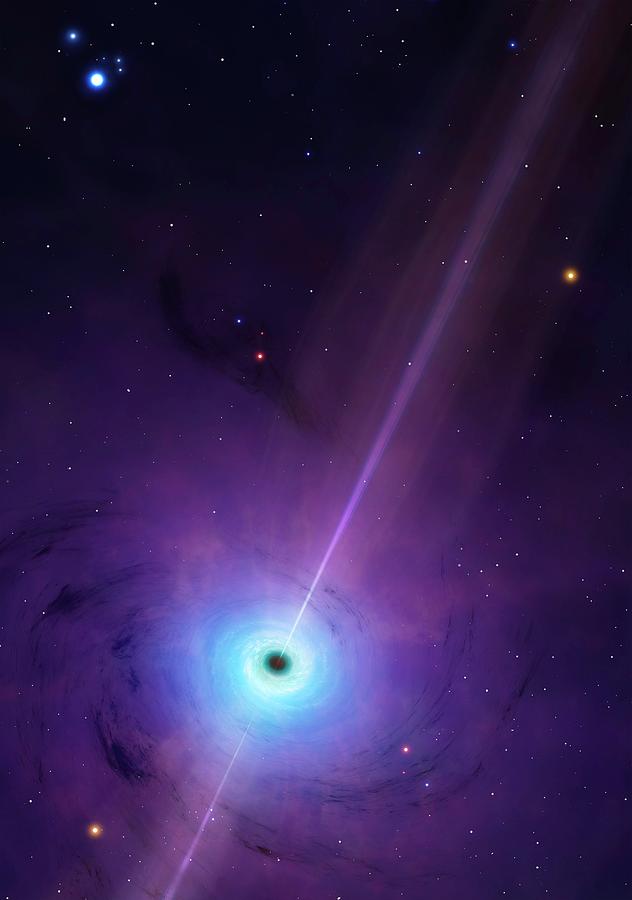 A black hole is an object (usually a collapsed star) so compact that nothing can escape its gravitational pull. Not even light. On Earth an object needs to be launched with a speed of 11 km s if it is to escape the planet's gravity and go into orbit. But the escape velocity of a black hole exceeds the speed of light. Since nothing can travel faster than this ultimate speed, black holes suck in everything including light, which makes them utterly dark and invisible. In this image, we can see a black hole, but only because it is surrounded by a superheated disc of material, an accretion disc. The closer to the hole the material gets, the more and more of its light is captured, which is why the hole grows darker towards its centre