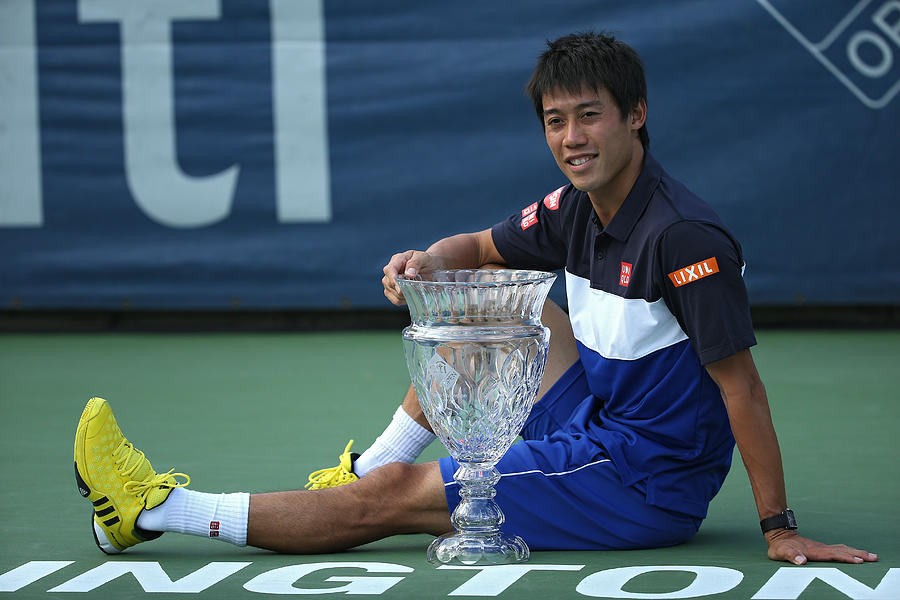 WASHINGTON, DC - AUGUST 09: Kei Nishikori of Japan celebrates with the trophy as he poses for photographers after defeating John Isner of the United States in the men's singles final during the Citi Open at Rock Creek Park Tennis Center on August 9, 2015 in Washington, DC. (Photo by Patrick Smith/Getty Images)