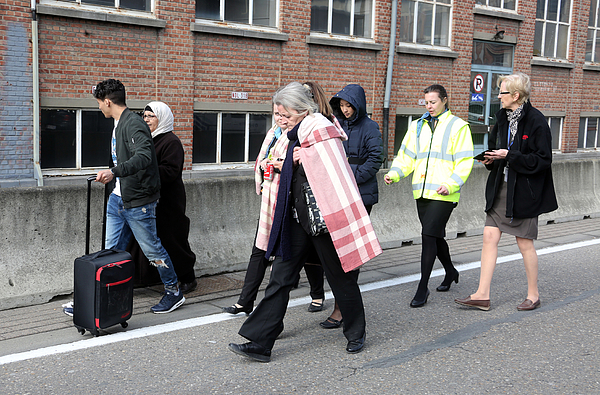 BRUSSELS, BELGIUM - MARCH 22: Crew and passengers are evacuated from Zaventem Bruxelles International Airport after terrorist attacks on March 22, 2016 in Brussels, Belgium. At least 13 people are though to have been killed after Brussels airport was hit by two explosions whilst a Metro station was also targeted. The attacks come just days after a key suspect in the Paris attacks, Salah Abdeslam, was captured in Brussels. (Photo by Sylvain Lefevre/Getty Images)