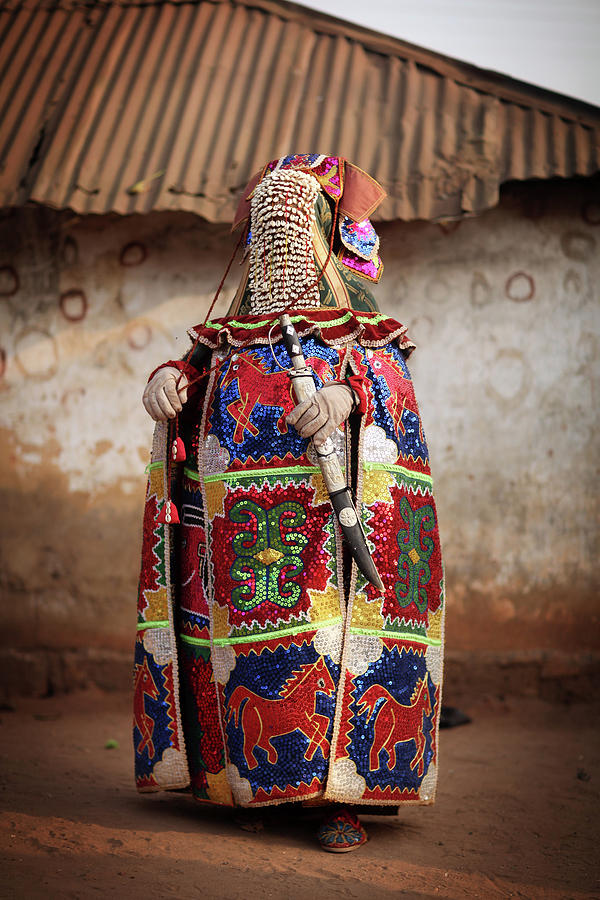 OUIDAH, BENIN - JANUARY 11: An 'Egungun' spirit stands during a Voodoo ceremony on January 11, 2012 in Ouidah, Benin. The Egungun are masqueraded dancers that represents the ancestral spirits of the Yoruba, a Nigerian ethnic group, and are believed to visit earth to possess and give guidance to the living. Ouidah is Benin's Voodoo heartland, and thought to be the spiritual birthplace of Voodoo or Vodun as it known in Benin. Shrouded in mystery and often misunderstood, Voodoo was acknowledged as an official religion in Benin in 1989, and is increasing in popularity with around 17 percent of the population following it. A week of activity centred around the worship of Voodoo culminates on the 10th of January when people from across Benin as well as Togo and Nigeria decend on the town for the annual Voodoo festival. (Photo by Dan Kitwood/Getty Images)