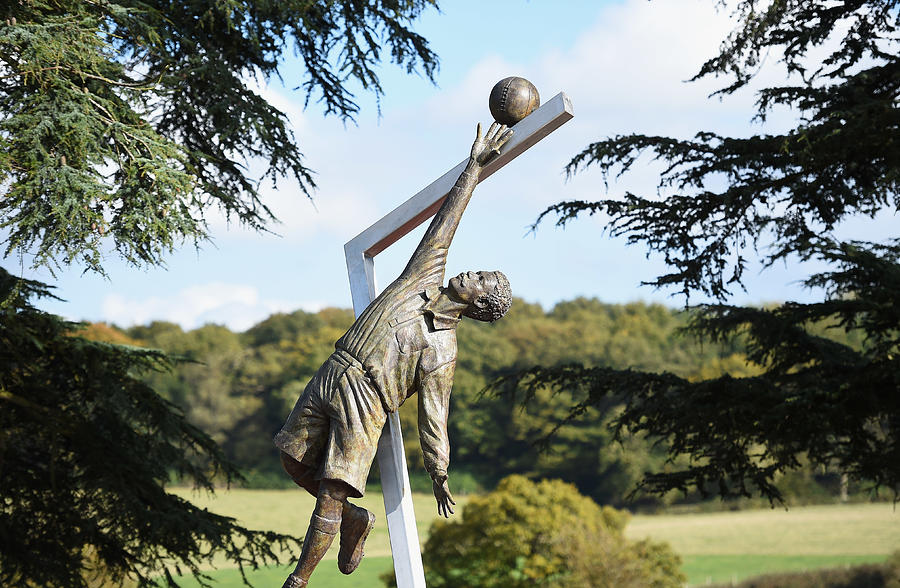 BURTON-UPON-TRENT, ENGLAND - OCTOBER 16: The Arthur Wharton Statue is unveiled at St George's Park on October 16, 2014 in Burton-upon-Trent, England.Arthur Wharton was the world's first black professional footballer to play in the football league. He came to the UK from Ghana in the 1880s to become a missionary, but was signed by Darlington at the age of 19 to play as an amateur goalkeeper. In 1889 he signed as a professional for Rotherham Town and went on to play for teams such as Darlington and Sheffield United.. (Photo by Laurence Griffiths/Getty Images)