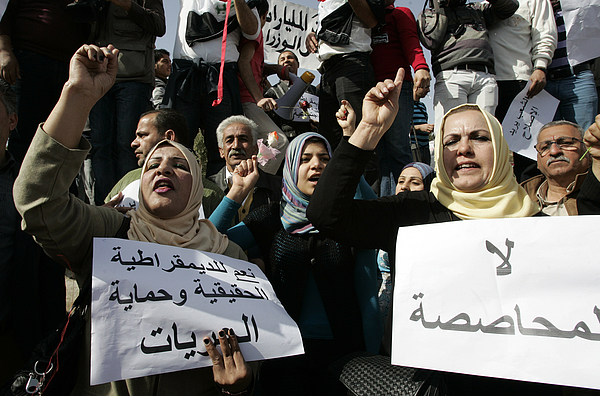 BAGHDAD, IRAQ - MARCH 4: Iraqis chant anti-government slogans during a demonstration on March 4, 2011 at Tahrir Square in Baghdad, Iraq. Despite a ban on vehicles travelling the streets of Baghdad, hundreds walked to gather in Baghdad's Tahrir Square to protest against corruption within the government and a lack of social services. (Photo by Getty Images)