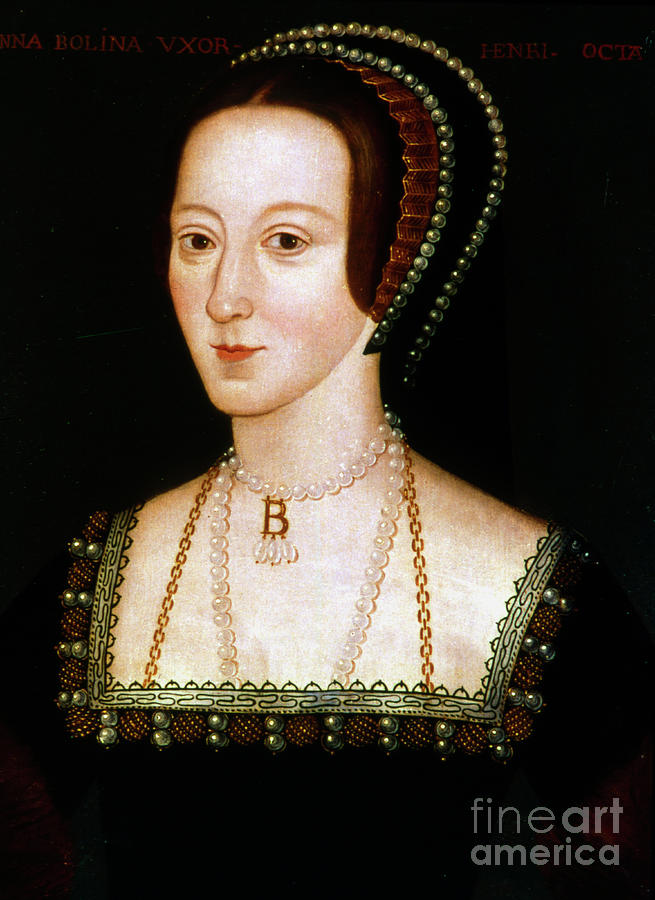 Anne Boleyn, second wife of Henry VIII, c1520-1536. Anne (c1504-1536) married Henry in 1533. She provided Henry with a daughter, the future Elizabeth I (1533-1603), but not the male heir he desired. Henry had Anne arrested on charges of adultery, incest and treason. Although the charges were almost certainly fabricated, Anne was found guilty and beheaded on 19 May 1536. Henry married his third wife, Jane Seymour, the day after Anne's execution. (Photo by Ann Ronan Pictures/Print Collector/Getty Images)