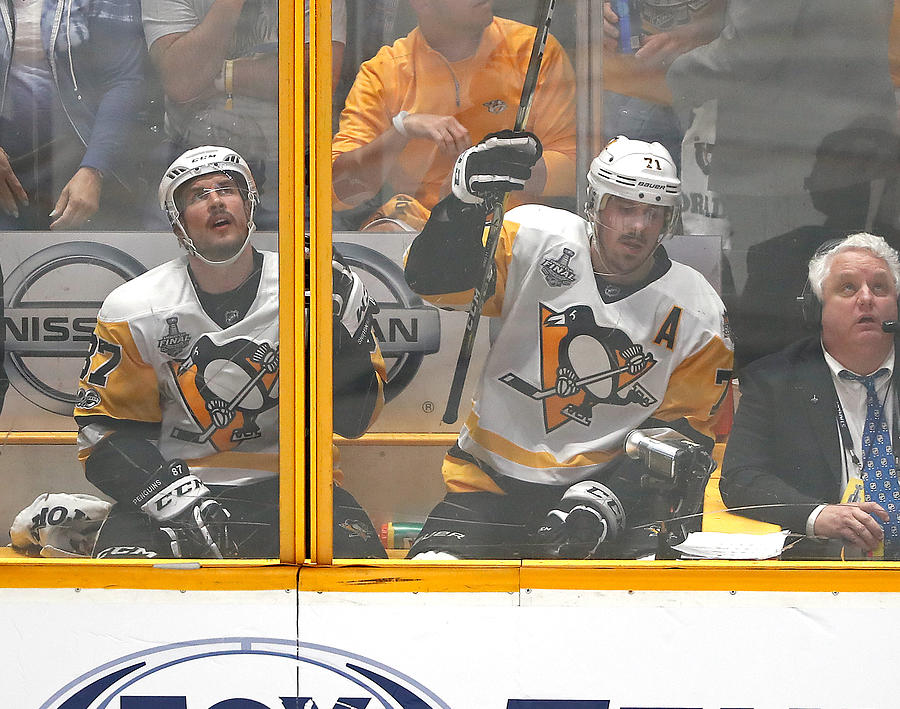 NASHVILLE, TN - JUNE 03: Sidney Crosby #87 and Evgeni Malkin #71 of the Pittsburgh Penguins both sit in the penalty box against the Nashville Predators during the third period in Game Three of the 2017 NHL Stanley Cup Final at the Bridgestone Arena on June 3, 2017 in Nashville, Tennessee. (Photo by Justin K. Aller/Getty Images)