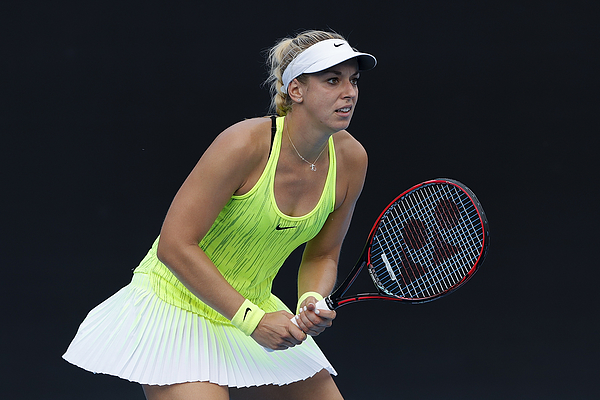 BEIJING, CHINA - OCTOBER 05: Sabine Liscki of Germany looks on against Elina Svitolina of Ukraine during the Women's singles second round match on day five of the 2016 China Open at the China National Tennis Centre on October 5, 2016 in Beijing, China. (Photo by Lintao Zhang/Getty Images)