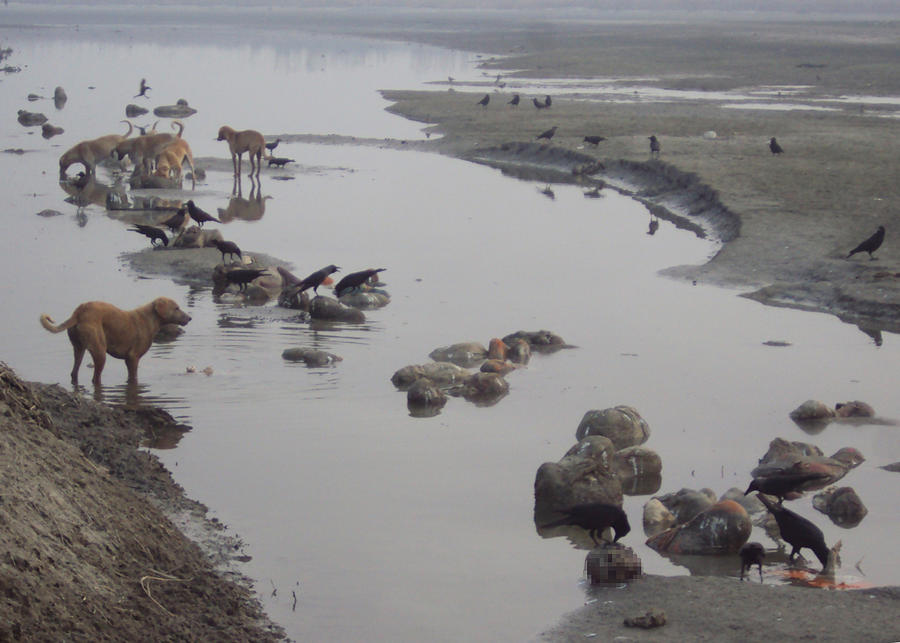 UNNAO, INDIA - JANUARY 13: Scavenger dogs and crow gather around dead human bodies that are floating in Ganga river near Pariyar on January 13, 2014 in Unnao, India. In a curious case, over 100 bodies have been fished out from river Ganga in this area of Uttar Pradesh over the past two days, prompting the Centre to rush a team of officials to enquire the reason behind it. While about 30 bodies were recovered yesterday, 70 more were fished out today. (Photo by Amit Yadav/Hindustan Times via Getty Images)