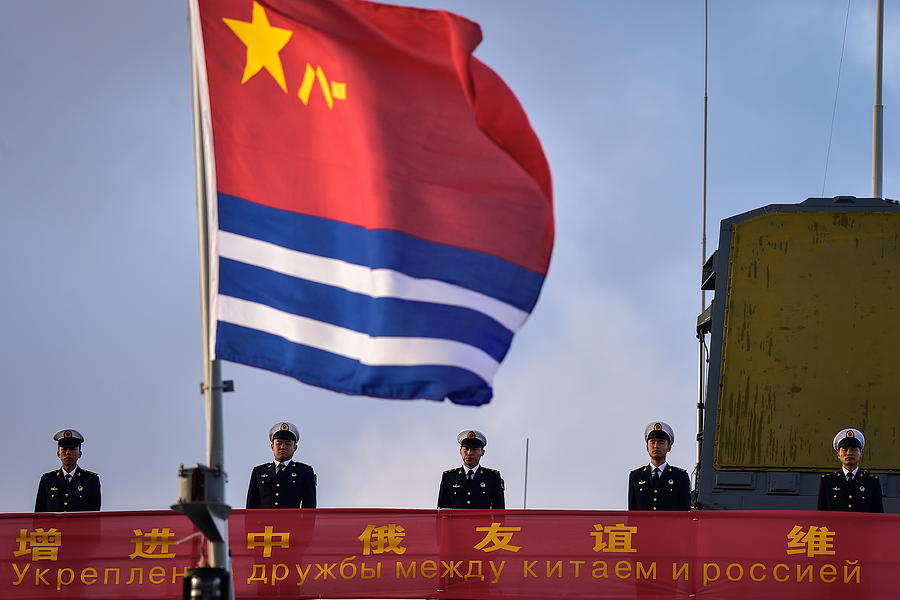 VLADIVOSTOK, RUSSIA - SEPTEMBER 22, 2017: Chinese servicemen during a seeing-off ceremony for Russia's and China's warships heading to take part in the second stage of Naval Cooperation 2017, a joint Russian-Chinese military exercise in the Sea of Japan and the Sea of Okhotsk, at the 33rd mooring in Vladivostok. Yuri Smityuk/TASS (Photo by Yuri SmityukTASS via Getty Images)