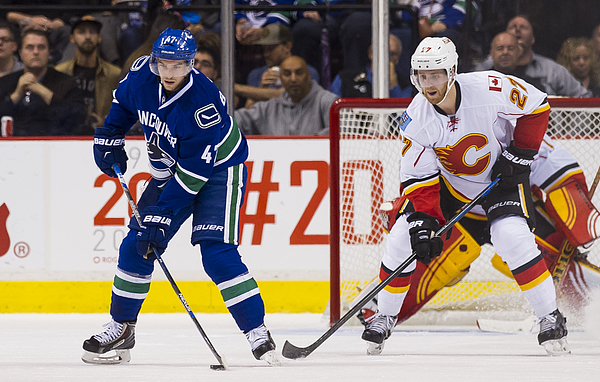 VANCOUVER, BC - OCTOBER 10: Sven Baertschi #47 of the Vancouver Canucks controls the puck while being defended against by Dougie Hamilton #27 of the Calgary Flames in NHL action on October 10, 2015 at Rogers Arena in Vancouver, British Columbia, Canada. (Photo by Rich Lam/Getty Images)