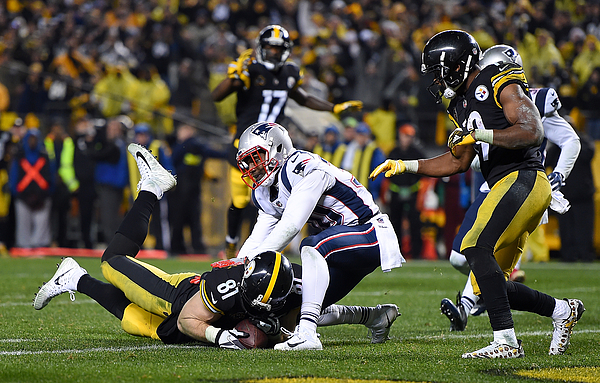 PITTSBURGH, PA - DECEMBER 17: Jesse James #81 of the Pittsburgh Steelers dives for the end zone for an apparent touchdown in the fourth quarter during the game against the New England Patriots at Heinz Field on December 17, 2017 in Pittsburgh, Pennsylvania. After official review, it was ruled an incomplete pass (Photo by Joe Sargent/Getty Images)