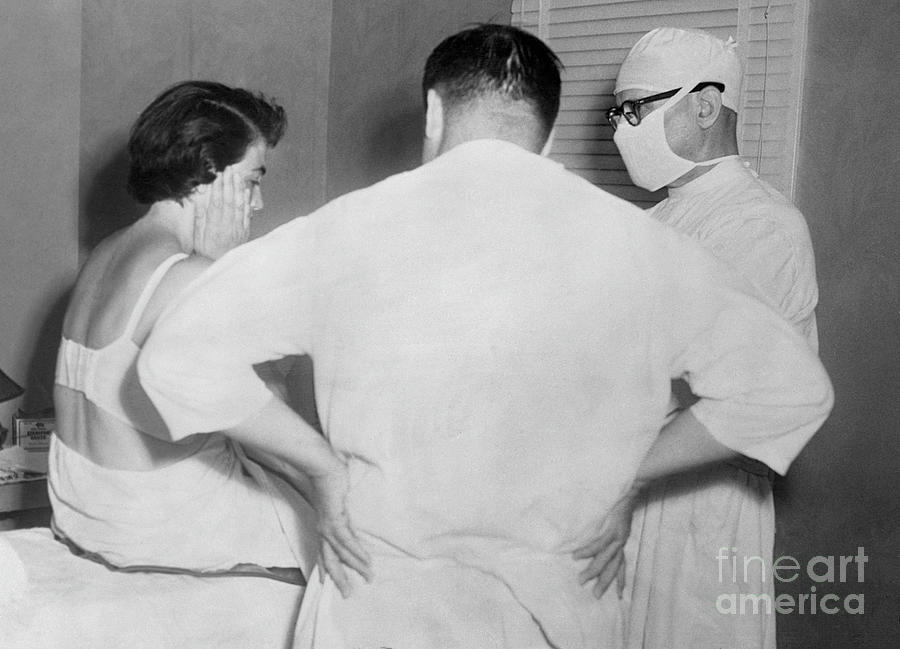 An elaborate layout of surgical instruments, narcotic supplies, and other medical equipment was seized from a farmhouse in Fauquier county by police raiders who arrested seven persons on charges of operating an abortion ring.
Authorities said the ring rook in $600,000 a year. Among those arrested were Dr. George Strother, surgeon, who is shown at right with a patient. The man with his back to the camera is a doctor who accompanied the police on the raid. (Photo by Bettmann Archive/Getty Images)