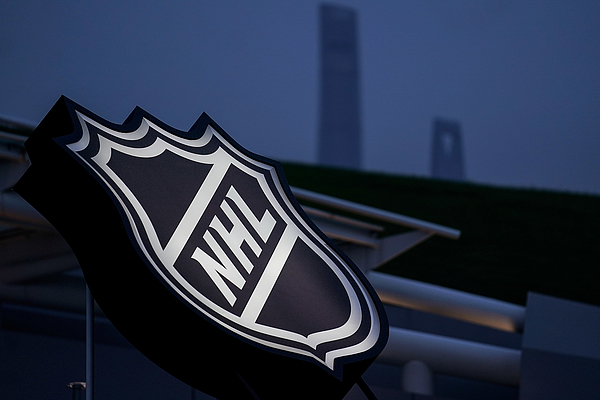 SHANGHAI, CHINA - SEPTEMBER 21: A NHL logo was showed outside of Mercedes-Benz Arena prior to a pre-season National Hockey League game between the Vancouver Canucks and the LA Kings at Mercedes-Benz Arena on September 21, 2017 in Shanghai, China. (Photo by Yifan Ding/NHLI via Getty Images)