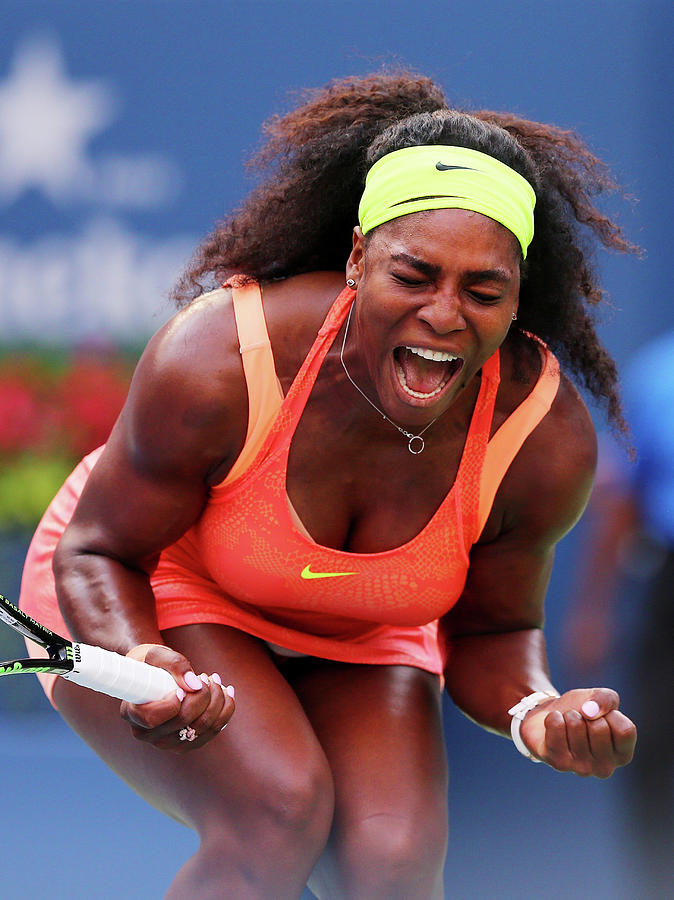 NEW YORK, NY - SEPTEMBER 02: Serena Williams of the United States reacts against Kiki Bertens of the Netherlands during their Women's Singles Second Round match on Day Three of the 2015 US Open at the USTA Billie Jean King National Tennis Center on September 2, 2015 in the Flushing neighborhood of the Queens borough of New York City. (Photo by Elsa/Getty Images)