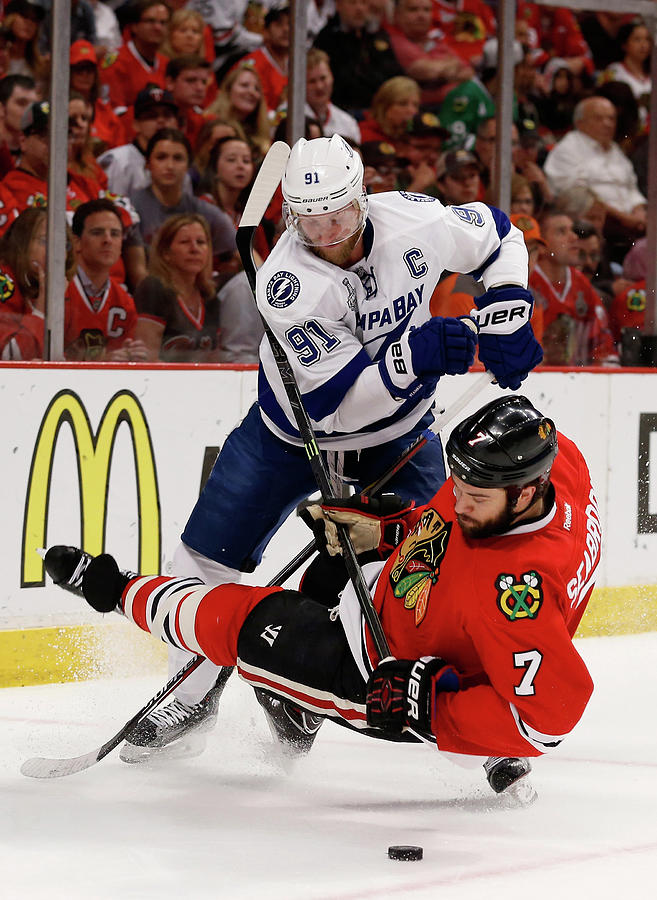 CHICAGO, IL - JUNE 10: Brent Seabrook #7 of the Chicago Blackhawks falls to the ice after colliding with Steven Stamkos #91 of the Tampa Bay Lightning during the first period of Game Four of the 2015 NHL Stanley Cup Final at the United Center on June 10, 2015 in Chicago, Illinois. (Photo by Scott Audette/NHLI via Getty Images)