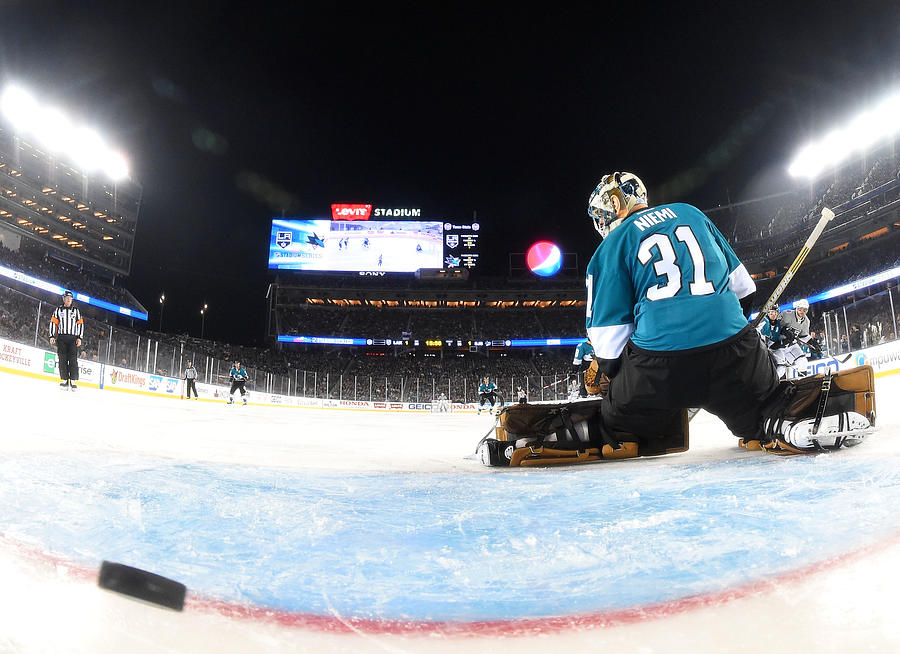 SANTA CLARA, CA - FEBRUARY 21: Goaltender Antti Niemi #31 of the San Jose Sharks can't make the save on a shot for a goal by Marian Gaborik #12 of the Los Angeles Kings in the third period during the 2015 Coors Light NHL Stadium Series game between the Los Angeles Kings and the San Jose Sharks at Levi's Stadium on February 21, 2015 in Santa Clara, California. The goal was the eventual game-winning goal. The Kings defeated the Sharks 2-1. (Photo by Brian Babineau/NHLI via Getty Images)