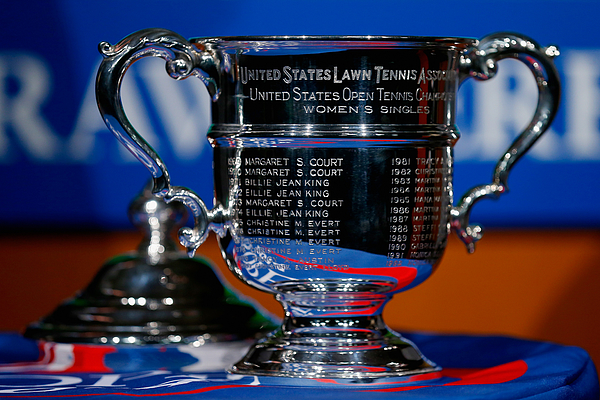 NEW YORK, NY - AUGUST 21: The Women's Singles U.S. Open trophy is seen during the draw ceremony prior to the start of the 2014 U.S. Open at the USTA Billie Jean King National Tennis Center on August 21, 2014 in the Flushing neighborhood of the Queens in New York City. (Photo by Mike Stobe/Getty Images for USTA)