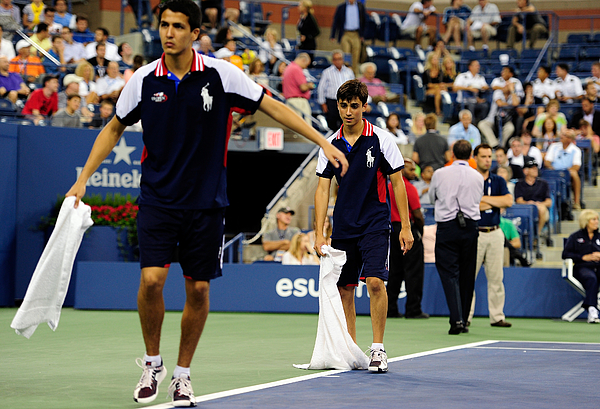 NEW YORK, NY - AUGUST 28: Ballboys use towels to dry the court surface during a break in the men's singles first round match between Juan Martin Del Potro of Argentina and Guillermo Garcia-Lopez of Spain on Day Three of the 2013 US Open at USTA Billie Jean King National Tennis Center on August 28, 2013 in the Flushing neighborhood of the Queens borough of New York City. (Photo by Maddie Meyer/Getty Images)