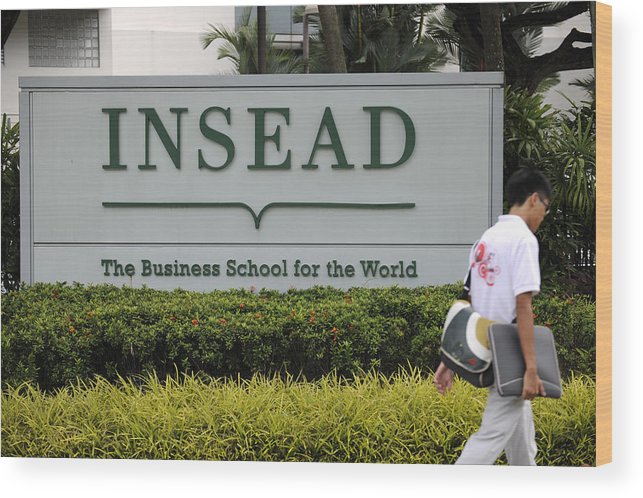 Yale Joins March To Singapore As Asia Builds New Ivory Towers wood print by Bloomberg.   Bring your artwork to life with the texture and added depth of a wood print. Your image gets printed directly onto a sheet of 3/4" thick maple wood. There are D-clips on the back of the print for mounting it to your wall using mounting hooks and nails (included).

A student walks past a sign for the Asia campus of Insead in Singapore, on Monday, Dec. 6, 2010. Yale University may join Duke University, the University of Chicago, Imperial College London and France's Insead among colleges to set up a campus in Singapore, a nation of 5 million people with a land mass smaller than New York City. The city-state wants to attract 150,000 international students by 2015 as it seeks to boost the contribution education makes to gross domestic product to 5 percent from 3.2 percent last year and 1.9 percent in 2000. Photographer: Munshi Ahmed/Bloomberg via Getty ImagesImage provided by Getty Images.