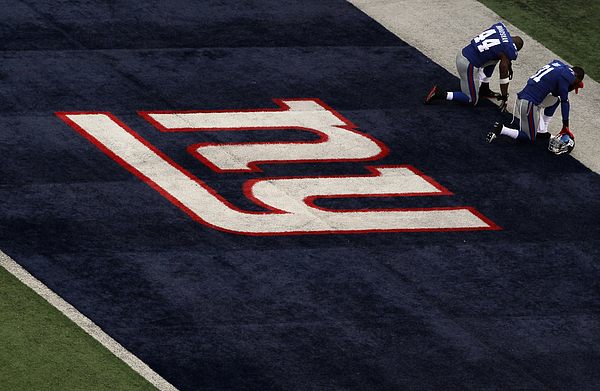 EAST RUTHERFORD, NJ - JANUARY 08: Ahmad Bradshaw #44 and Aaron Ross #31 of the New York Giants kneel in the back of the end zone prior to playing against the Atlanta Falcons during their NFC Wild Card Playoff game at MetLife Stadium on January 8, 2012 in East Rutherford, New Jersey. (Photo by Nick Laham/Getty Images)